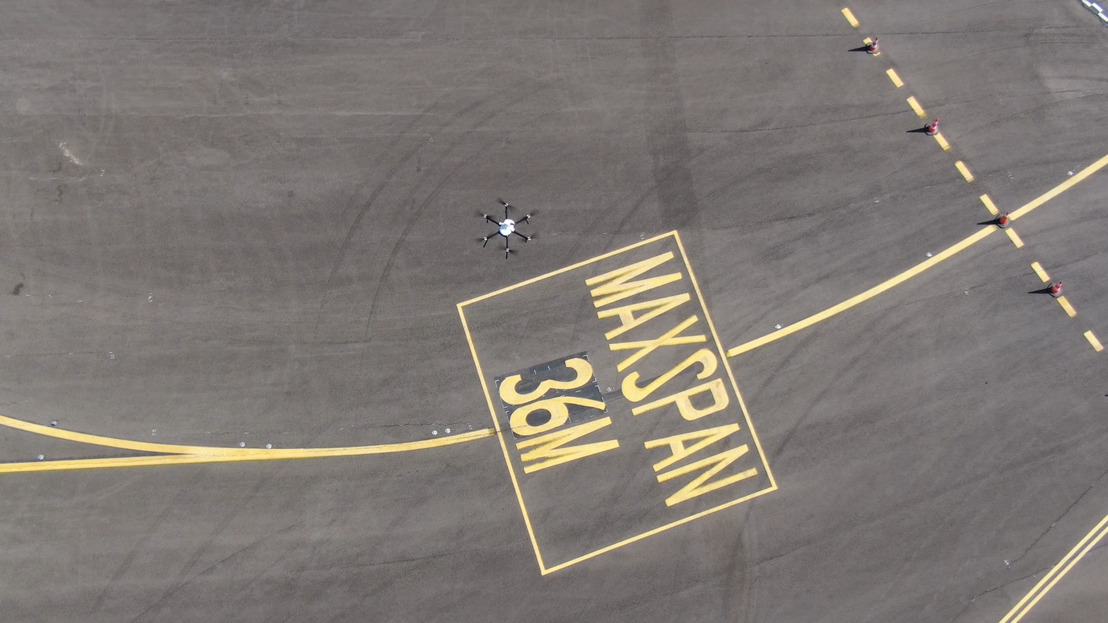 The new regulations turned the drone world upside down: from now on it is easier to fly drones in Belgian airspace except in certain secure zones. skeyes is responsible for drone access to the zones around the civilian Belgian airports.

Information
In the run-up to the entry into force, skeyes informed the air traffic controllers extensively about the new regulations and the new operational procedures that were developed as a result to ensure the safety of all air traffic. Any adjustment in the airspace requires a lot of preparation, consultation and training before it can be applied.

Professional and recreational drone users were informed through various channels about the changes to the online tool and mobile app Drone Service Application, which allows them to request and monitor their drone flights in the zones managed by skeyes. DSA automates and facilitates the whole process from request to flight for both pilots and air traffic controllers within these zones.

Safety measures
After six months, skeyes will review the new functioning on the basis of the experiences during this initial period.

Special attention will be paid to air traffic control around Brussels Airport. That is where the air traffic at lower altitudes is most intensive. It is not only drones that are involved, but also and especially helicopters. Both types of aircraft are used by various (government) bodies for all kinds of events in and around the capital, for inspection flights of all sorts of pipes that are present in large numbers in urban areas, or for security operations. For example, the recent NATO summit with, among others, the arrival of US President Joe Biden, presented the air traffic controllers with a serious challenge, which they met successfully.

Safety always remains the first priority for skeyes. In order to guarantee this at all times, air traffic control applied a number of specific interventions in recent months. Thus, the airspace for drones was temporarily lowered from 400 feet to 150 feet in the controlled area around Brussels airport. In emergencies and situations where there is an increased safety risk, air traffic controllers can exceptionally instruct drone pilots via the Drone Service Application to immediately ground their aircraft. The evaluation will focus on, among other things, the use of these measures.

Innovation
At other airports, operational application of the new legislation is already progressing smoothly. In and around Antwerp and Ostend, for example, skeyes has gained a lot of experience in various projects with partners from the drone sector to test certain applications with drones: transport of medical material between hospitals, inspection flights in port areas or wind farms, flights over large cities, etc. At and around these airports the mixed use of aircraft at lower altitudes is also less frequent, as is the case around Charleroi and Liège.

Innovation is one of the spearheads of skeyes' policy. The company has therefore always supported the drone sector from its inception. Its economic importance cannot be underestimated. skeyes wants to contribute to the success of the sector in our country. And, of course, continue to guarantee the safety of all air traffic.