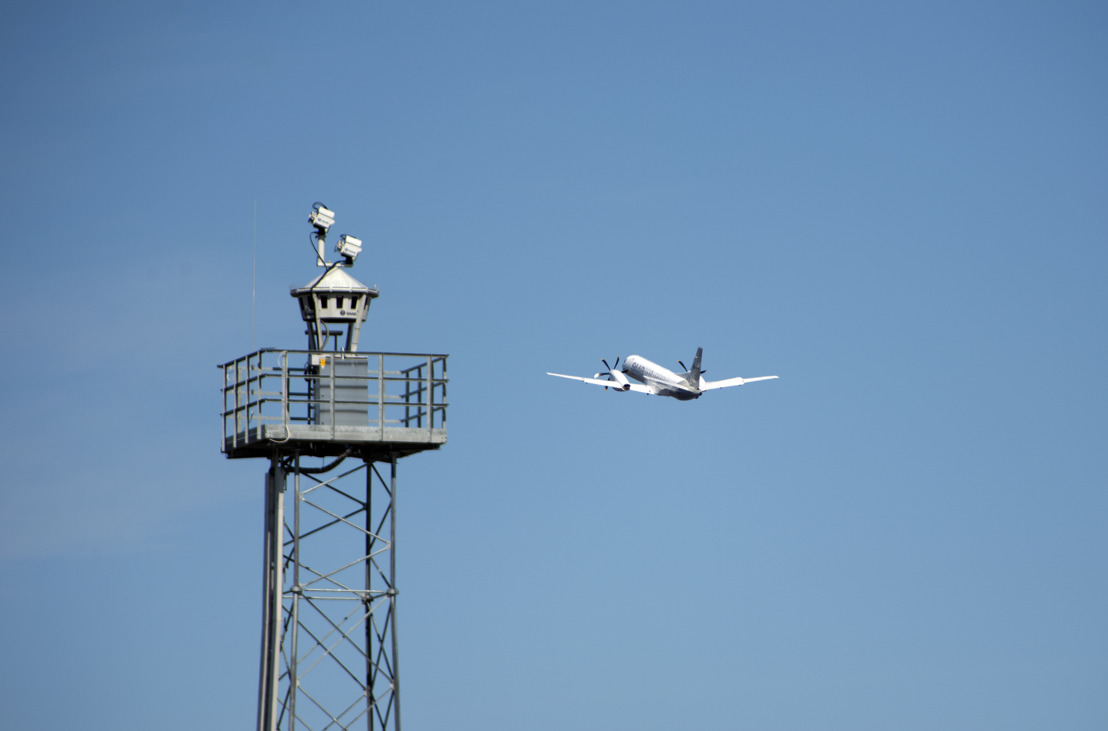 The introduction of digital towers is one of the most important technological developments in air traffic control worldwide. skeyes has been preparing for this evolution for some time. After numerous studies in recent years, the company is now starting the implementation phase. For this purpose, it is bringing in Saab, a world player with experience.

Saab will install smart cameras and transmission masts for skeyes at the airports involved. The accompanying screens and equipment - the so-called Remote Tower Centre - will be located in a building that will serve as a digital tower. This is not necessarily in the vicinity of the airports. The air traffic controllers no longer directly look out on the tarmac but follow every movement in and around the airports on the cameras and screens. The augmented reality that is built into the system provides them with additional information that is not visible to the naked eye.

Per Ahl, CEO & President of Saab Digital Air Traffic Solutions: “We are proud to be trusted by skeyes to deliver digital towers for air traffic control at Belgian airports. I see this country wide implementation of digital towers as being part of a long term partnership, which will drive innovation and efficiency, now and for many years to come. The capabilities of the Saab r-TWR solution will enable new ways of working, new capabilities and possibilities, a big step into the future of air traffic.”

By constructing these digital towers, skeyes is making full use of technological advances to further increase air traffic safety and improve service to its customers.

The additional information that the system provides allows air traffic controllers to manage traffic in and around airports even more safely. The fact that drones can be detected via the camera network, for example, is the clearest example of this. At present, drones are not visible on the radar.

Digital towers are also an additional means of ensuring the continuity of airport operations when physical towers are unavailable. For example, the airports of Liege and Charleroi currently have no contingency control towers. The digital towers now make the development of contingency solutions possible.

Finally, digital towers increase economic and operational efficiency by centralising air navigation services for several airports. The smoother the air traffic runs, the more attractive an airport becomes for existing and potential customers. In this way, skeyes contributes to the economic importance of the aviation sector for the economy of our country.

skeyes is on track for the rollout of its digital tower strategy. In 2025, air traffic in our country should be managed from a digital tower for the first time ever.

Recently, skeyes concluded an agreement with SOWAER, the manager of the Walloon airports. Both organisations committed themselves to jointly erect the first digital tower in our country. SOWAER will erect a building on a site near Namur in which skeyes will install the Remote Tower Centre. From there, it will be possible to smoothly control air traffic at Liege and Charleroi airports

Johan Decuyper, skeyes CEO: “Innovation is key at skeyes. We continually invest in improved working methods and state-of-the-art technology to maintain our high standards in air navigation services and keep air traffic at Belgian airports and in the Belgian airspace safe. This way, we prepare our future role in a changing and competitive international environment. The Single European Sky, unmanned air traffic and liberalisation of air navigation services are but a few challenges that lie ahead. Also in our sector, technology is one of the important drivers of change. Digital towers are a major development in air traffic navigation which skeyes fully embraces. In Saab, we have found a solid partner for deploying our digital tower project, starting at Namur for the airports of Liege and Charleroi.”